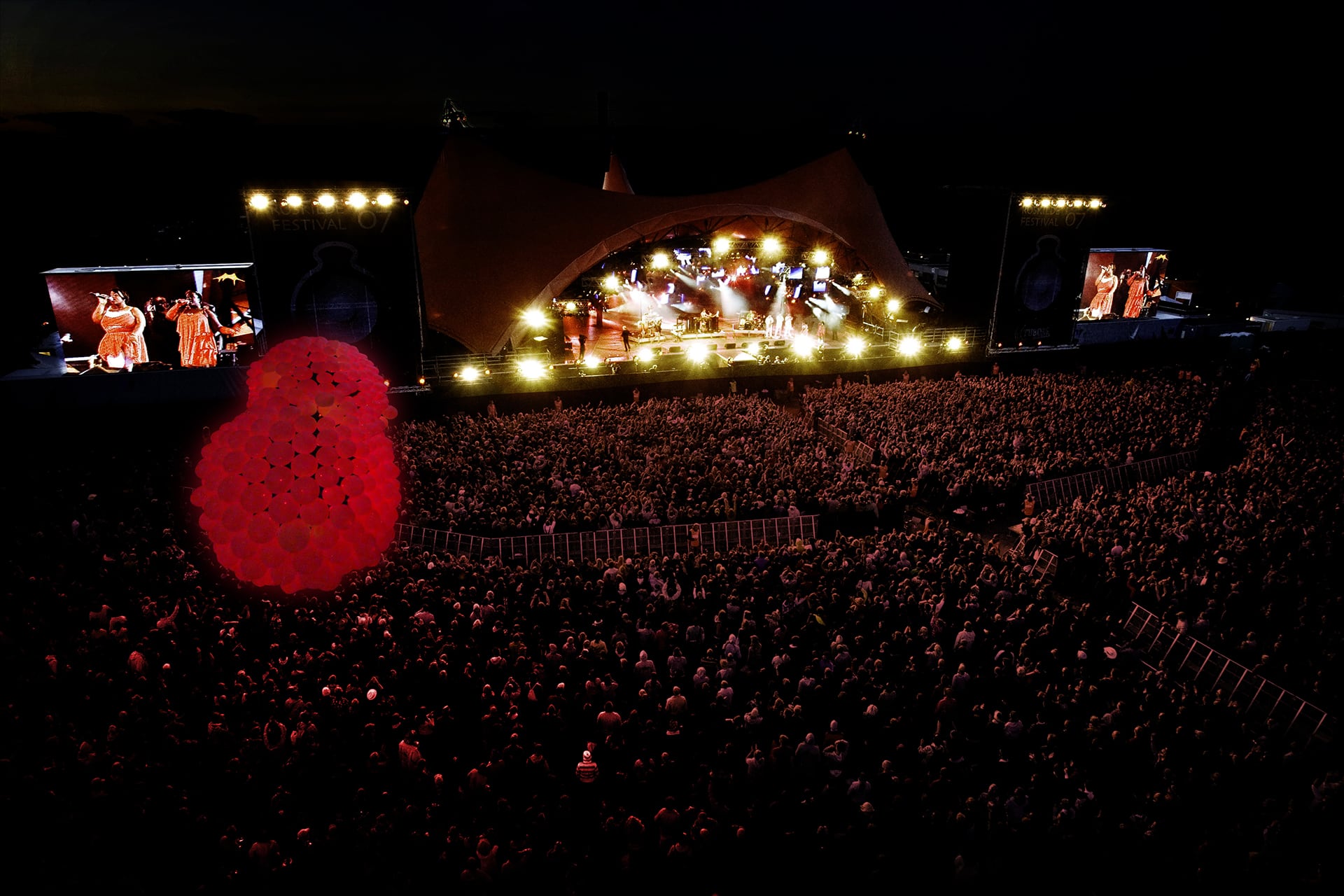 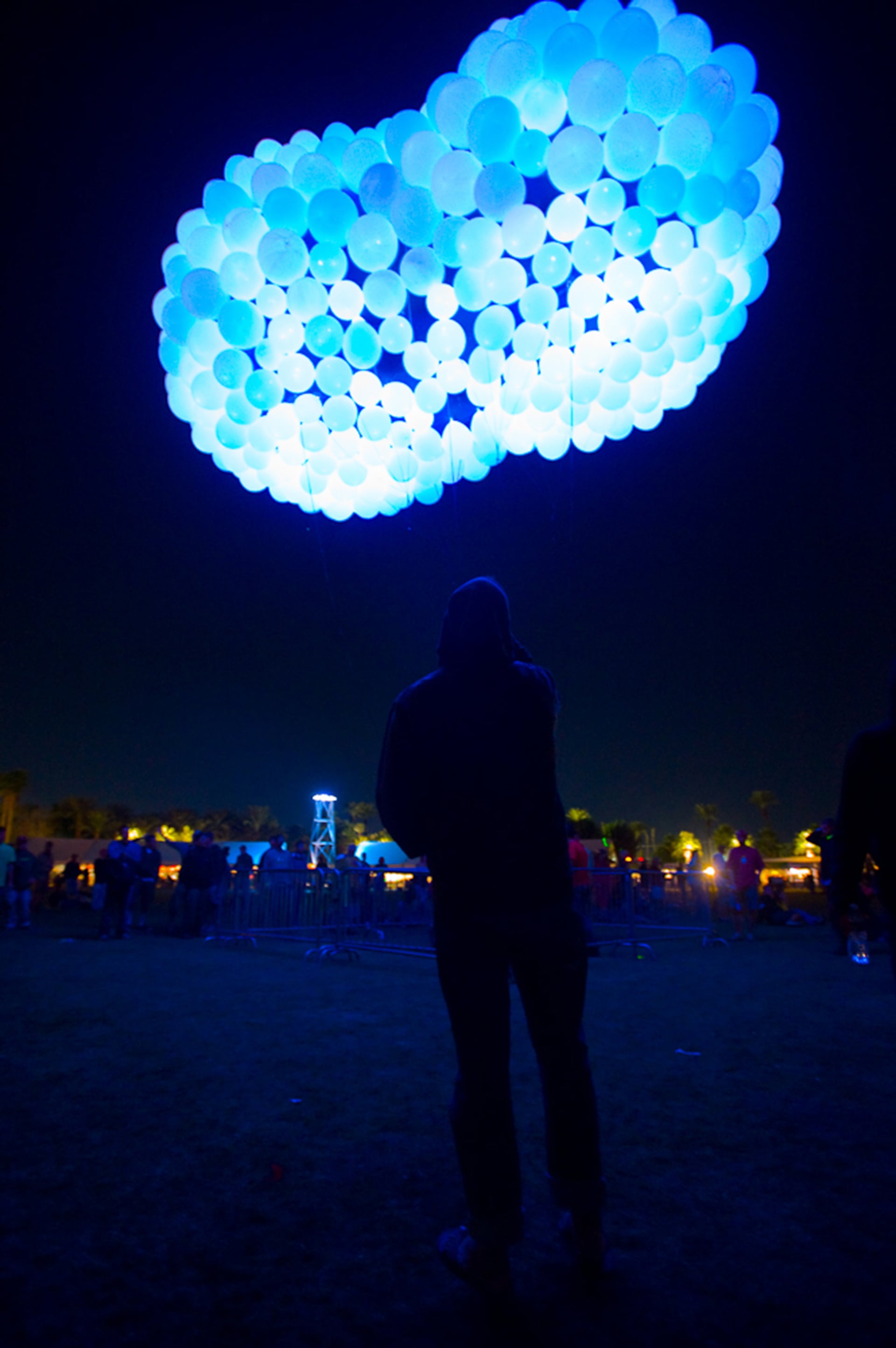 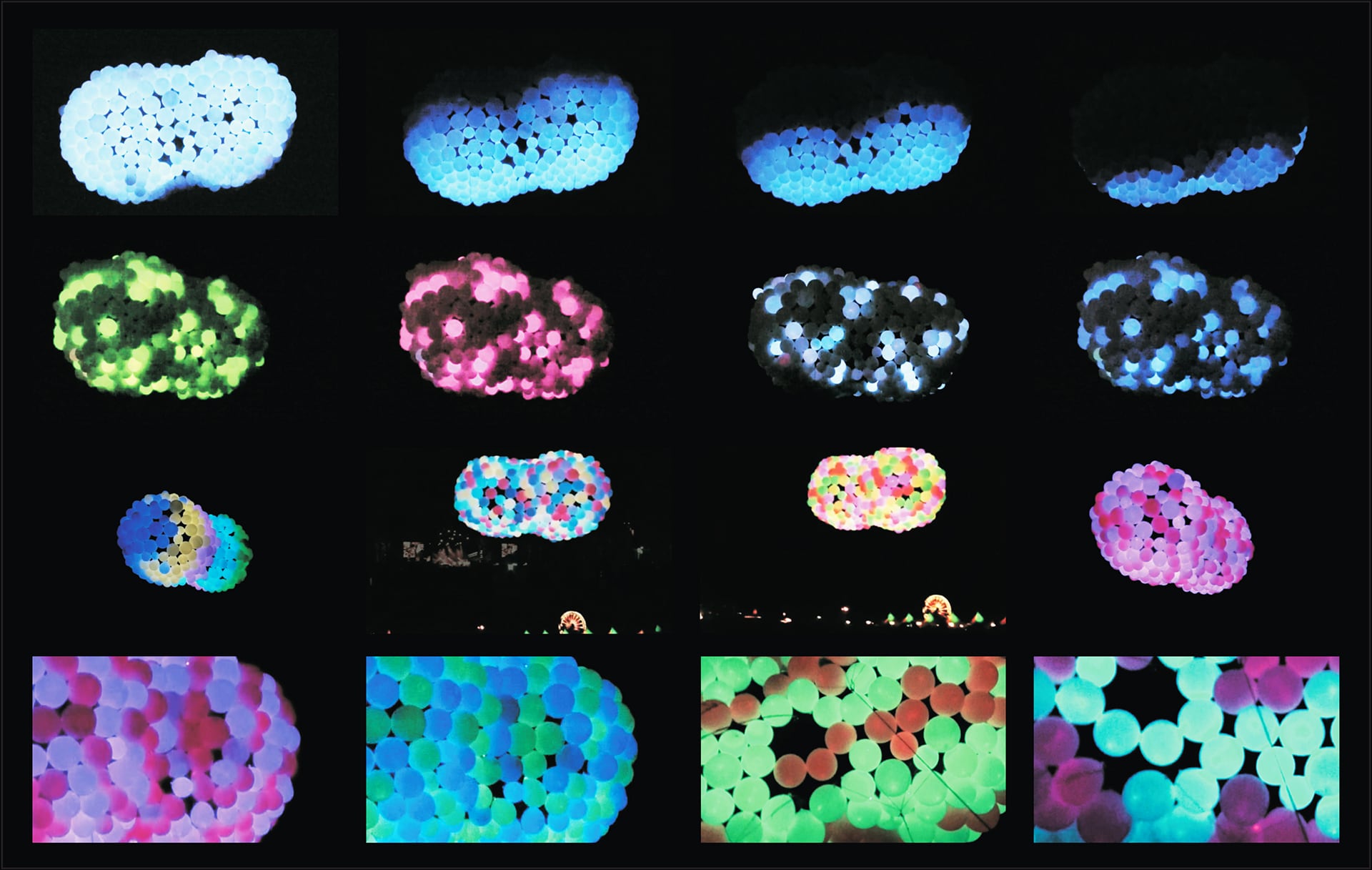 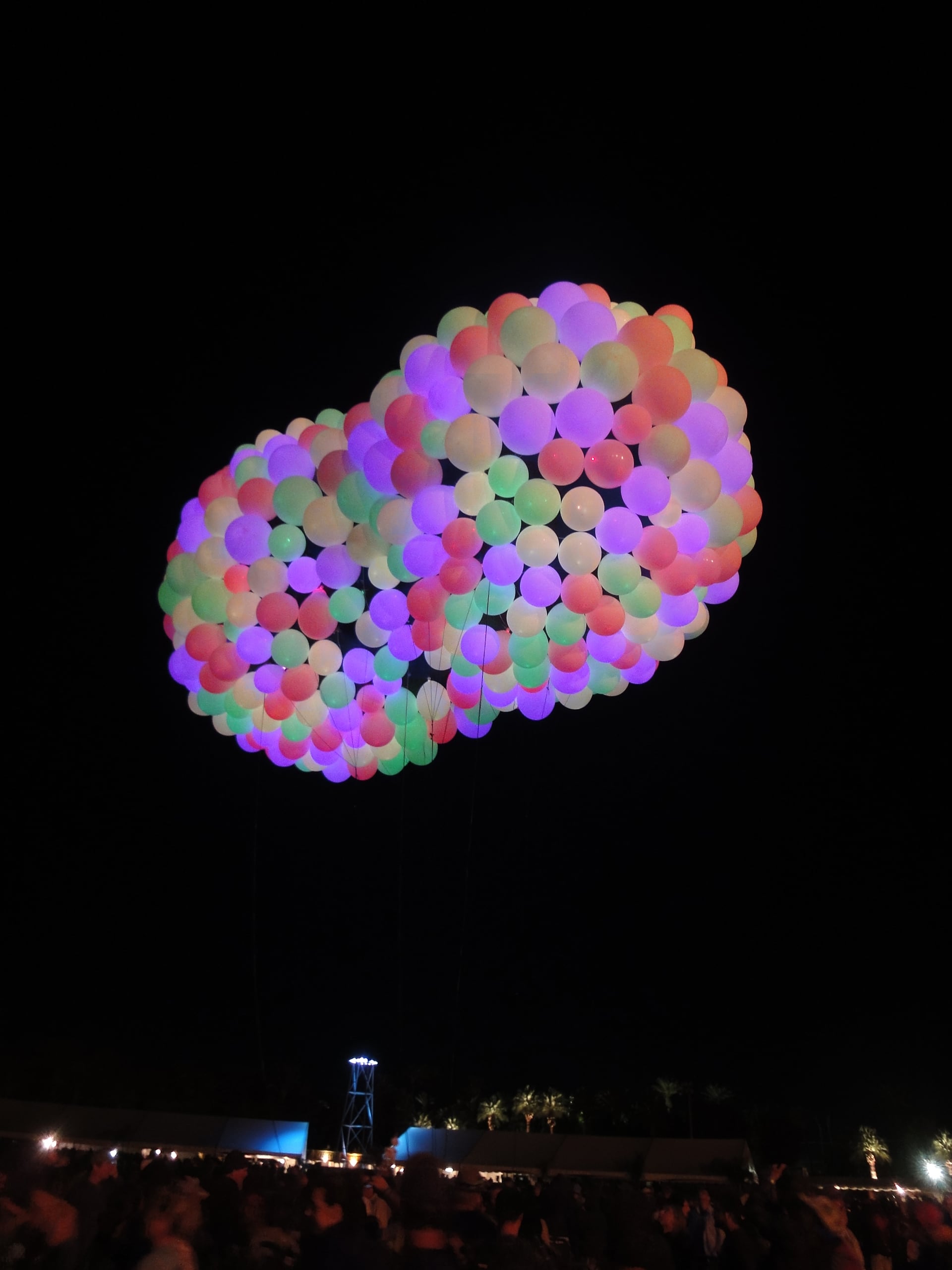 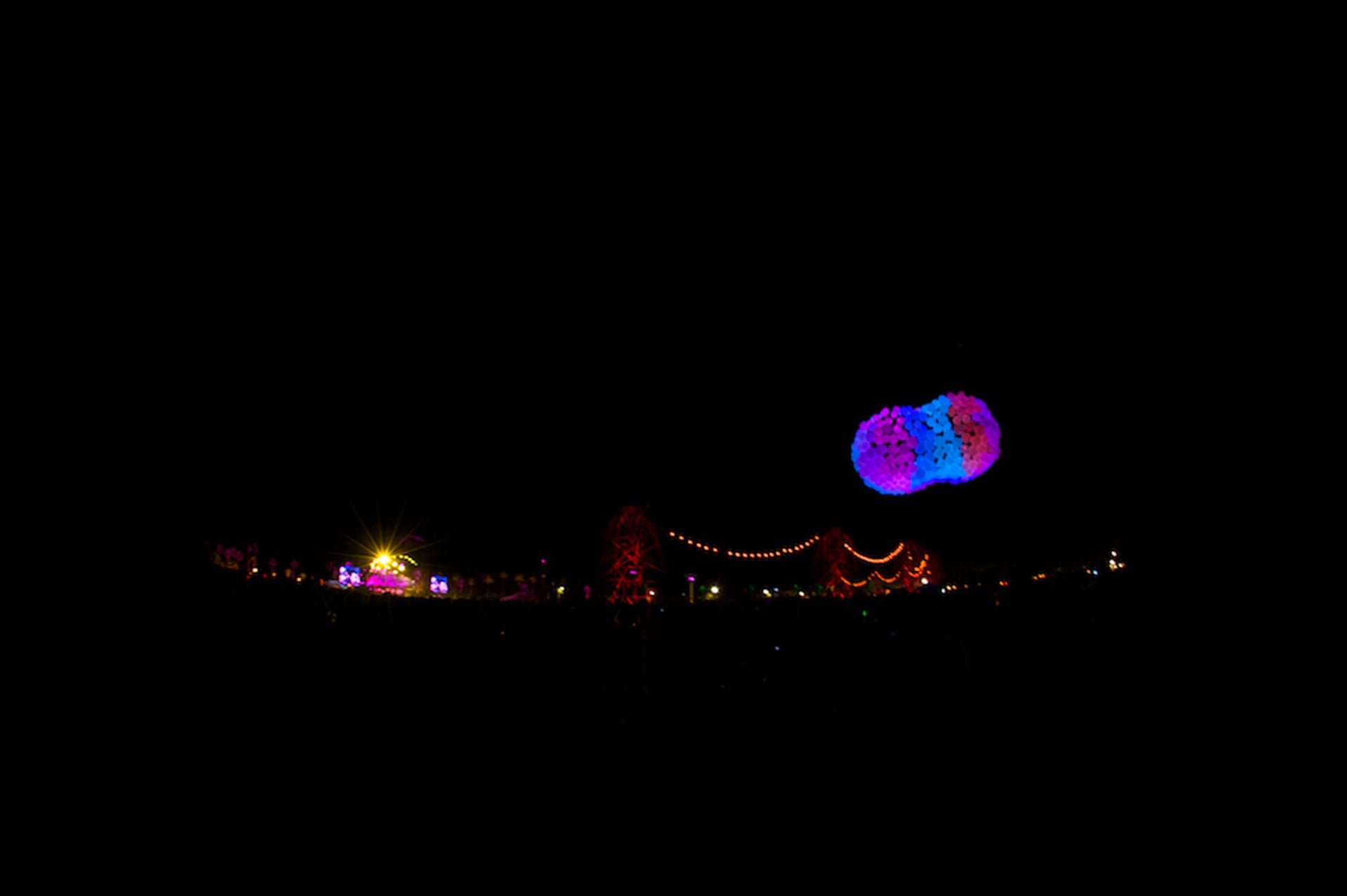 Boreal is an interactive light installation for large number of events such as: music concerts, music festivals, parades, opening ceremonies, etc… Boreal enhance the experience of a event visualizing and interacting to sound. More than 500 balloons and 1000 LEDs that are used as a pixel, creating a volumetric screen with infinite patterns and possibilities.

It was presented at Phish Festival 8 in Indio, California on 30th October 2009. Boreal was a great success between the 50,000 people attending the 3 days festival with comments such as ‘awesome’ and ‘the next level of concert art’. The festival follow lots of different you tube videos upload from fans and they have been already seen by 25,000 people.

Boreal has been designed and manufactured from scratch, every element is custom made and specially develop for the project. The installation is 10x5m and consist of an internal custom made inflatable blimp cover with Latex balloons and LEDs. The blimp is full of Helium and the external balloons are fill with plane air. Each of the balloons have a PCB with 2 RGB LEDs, which are computer control, so We can do any pattern as you will do it on standard LED  Screen. It can be controlled by a computer with the necessary software,  specially design keyboard with pre-programed playlist,  it can interact live to sound or even control remote by an iphone or other computer. It can be fly at any high up to 10 meters and move easily around the site.

In collaboration with Javier Esteban.